Vertulie Vincent was born in ” Gonaives , Haiti” where she grew up and lived all her childhood.  After working with the State and the American Consulate, she left the country in the summer of 1979 and went to Florida. While living there, she helped a lot of Haitians seeking asylum. During that time she worked at the Department of Immigration and Naturalization Services in Florida, she witnessed the placement of her fellow Haitians throughout the United States, who fled the island in search of a new life.

Vertulie returned to Haiti in February of 1982, where she collaborated with her brother -in law, the late Dr. Carlo Desinor for the launch of ” Super Star Magazine”. She went back to college to pursue a higher Study.

After the ” Coup d’Etat” of Duvalier in 1986, Vertulie were forced to leave the country to immigrate in New York. In order to improve her knowledge, she went to New York University, where she learned writing skills. On September 8, 1988, she became a staff member of the Office of the Secretary-General of the United Nations.

Back in the days, Vertulie also co-hosts radio and TV programming with Jacques Dusseck, Bob Lemoine, Lucrece Cangé, Clotilde Théus and Gina Sainvil. Co-Founder and executive producer of “Productions Carlo A. Désinor (carloadesinor.net)”, in September 2010, Vertulie published some work of her brother-in-law: “Dis et  Redis pour elle”. It’s a compact disc and a booklet of poems. At the end of her career in the Office of the Secretary-General of the United Nations, she devoted herself to writing, in November 2015, she published her book: ” Les salons de Denise “, co-write” Princesse Tulie” with her childhood friend Eddy Laraque, the book came out in November 2017. In November 2018, she published “Les filles du port” where she described her ideal image for a better world.

Very athletic, A. Vertulie Vincent was one of the pioneers of women’s soccer in Haiti, she played defense for ” Tigresse” the best female soccer team of Haiti. 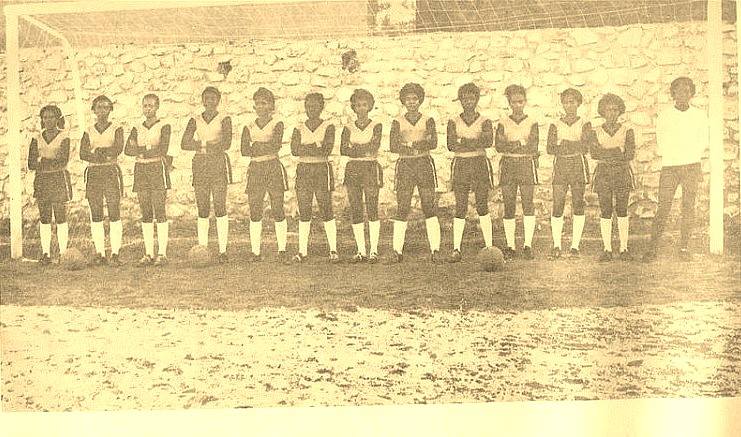 As we celebrate women history month, we want to pay tribute to this woman. At 65 years old, she’s still inviting women to follow their passion and be the best they could be. Vertulie is a great role model for young female athletes.

It's official Zafem is born