Haiti faces a severe deforestation problem. In 1923 forests covered nearly 60 percent of the country; today they cover less than 2 percent. Most Haitians still depend on wood and charcoal as their primary fuel source, Haitians burn wood charcoal for 60% of their domestic energy production. Recent in-depth studies of satellite imagery and environmental analysis regarding forest classification conclude that Haiti has approximately 30% tree cover. Energy alternatives are needed to save the forests. The deterioration of the environment, deforestation and erosion aggravated by the widespread use of charcoal as a source of energy threaten water resources and agricultural productivity and considerably increase the country’s vulnerability to the consequences of natural disasters. The destruction of Haiti’s forest has been going on for centuries. When the French colonized the island starting in the 17th century, they cut down trees for lumber and fuel, and mahogany for furniture. By the late 18th century it was the most profitable plantation colony in the world. 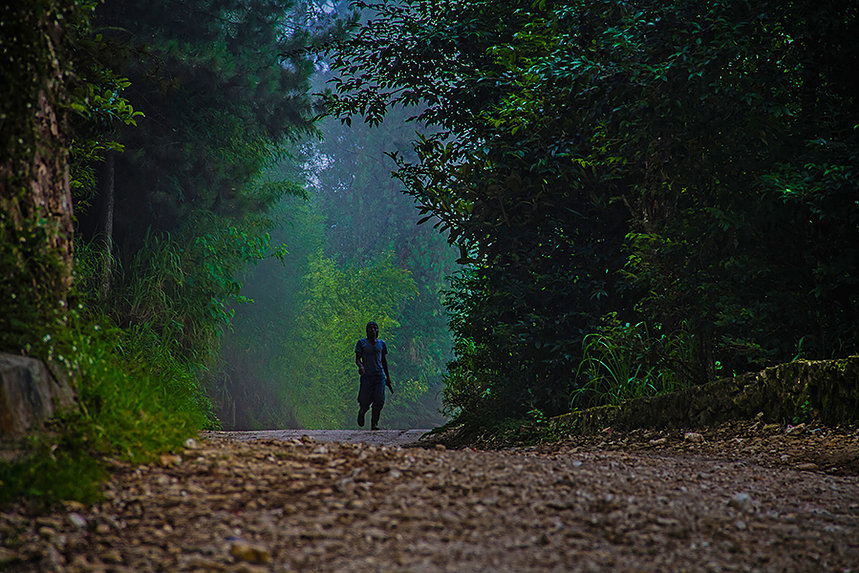 At nearly 6,000 feet of elevation, Kenscoff cool mountains air attracts residents of Petion-Ville and Port-au-Prince. Photos from the beginning of the century show a seriously deforested area ravaged by erosion. This relaxing greenery and the ornamental plants that are currently blooming are nothing but a collective effort of anonymous villagers, and owners of vacation homes there. It is to President Sténio Vincent who frequented the village since the beginning of the century that we owe the current greenery. It was he who first instituted the day of the tree in Kenscoff, and started a reforestation program  in 1935 throughout the country.

Kenscoff grabs the attention of Haitian Nationals and foreigners alike,   it’s such a peculiarity, such a climate at about 6.21 miles from Port-Au-Prince. During the sweltering summer heat in the Capital , a trip to the mountain is quite enjoyable. A whiff of cool, fresh air, majestic pine trees and the aroma of eucalyptus bring instant relief from the heat. Clouds can rush in at any time, cutting visibility and sending the temperature plummeting. The whole area from Kenscof uphill to Furcy is perfectly fitted for hiking. You could put on a pair of boots and start walking anywhere. Everywhere you turn there seem to be a new panorama. Beautifully terraced fields dotted with wild flowers against the oxide red earth. 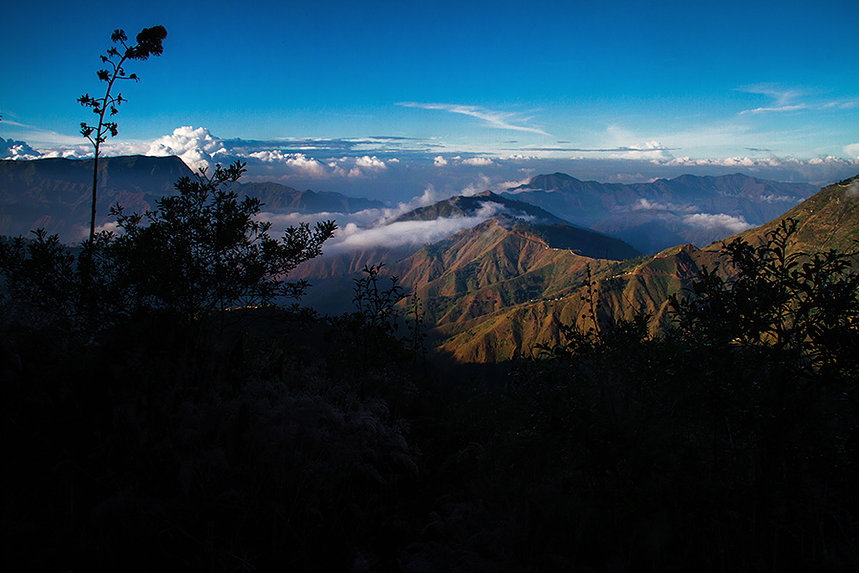 Today, the village of Kenscoff has lost some of its enchanting, environmental characteristics but president Pétion sentiments when he visited still apply “Amidst so much beauty, grandiose and impressive panoramas are a feast for the eyes and fill the heart with admiration. Eternal spring reigns here..”

Kenscoff is also home to the Wynn Farm Ecological Reserve. Founded in 1956 by Victor Ainsley Wynne, a civil engineer with degrees from Harvard and MIT. He noticed the ongoing misuse of the land and the inevitable threats of erosion and deforestation in the country and purchased various plots of land from local landowners and created the Wynne Farm, which he terraced with a crew of 40 men. There, he propagated indigenous species to conserve Haiti’s rich biodiversity and introduced various fruits, vegetables and trees from numerous parts of the world. Victor Wynne emphasized the need for soil conservation, composting, reforestation, and experimented with agricultural techniques such as terracing. 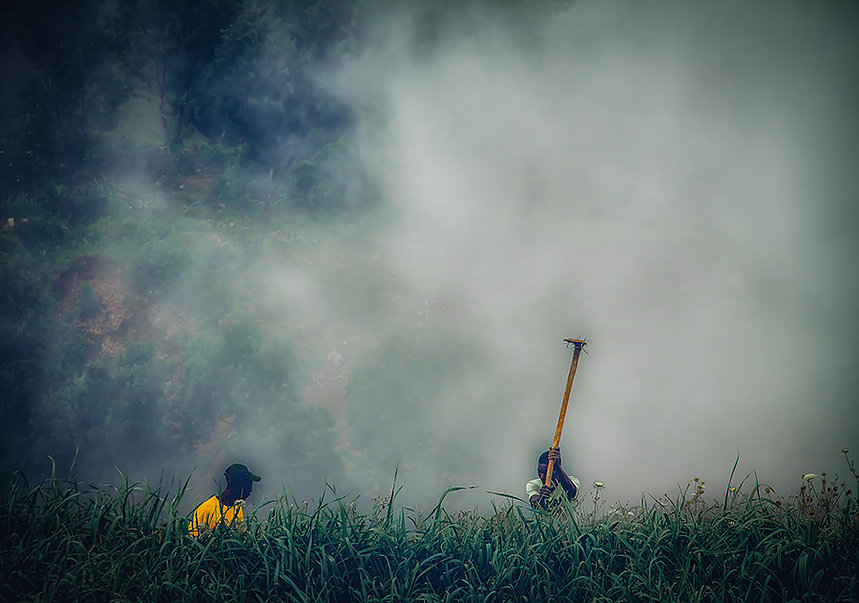 Within the frame of a viewfinder, a visual artist tool for documenting, understanding, and interpreting the world. photography has the power to make us look at what we would otherwise overlook and have helped to increase our awareness of issues all over the planet. Certain images fulfill the function of social documentaries and allow an understanding of the complexities of human nature. Most of my work can be described as being a mixture of art, travel photography and photojournalism. When I am out in the field, I aim to capture the color, texture, and emotion of a subject. I want my images to give rise to a deeper meaning beyond the obvious. It’s important to be patient, until all the elements in the frame come together and create the image I set out to capture. Sharing my vision as a photographer, making strong images that the viewer can connect with, is the ultimate sense of completion. 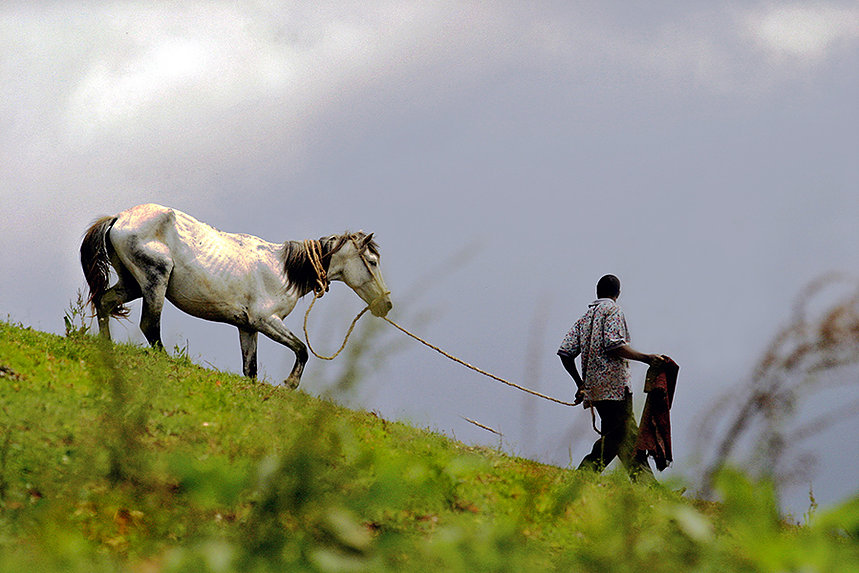 HAITI NEEDS TO BALANCE THE HARD SCIENCE WITH THE SOFT SCIENCE