From humble beginnings, a young Ron Duprat growing up in Mare Rouge, Haiti watched in delightful anticipation as his grandmother cooked. He always knew he wanted to be a chef.  Years later, he would arrive in the United States and begin working as a dishwasher.  Ron Duprat then realized that he would dedicate his life to making amazing and beautiful dishes. Chef Ron Duprat is best known as one of the top competitors on Bravo TV’s “Top Chef”.  During that season’s competition in Las Vegas, Duprat, amazed judges with is exotic flavors, combining his rich Haitian heritage with French Asian influences.  He quickly became a crowd favorite.

Since his days on Top Chef, Chef Ron has been traveling the world sharing his culinary prowess in cooking demonstrations, working as a celebrity chef a numerous restaurants, resorts and companies.  He’s currently a consultant for the international food company Rastelli Direct and working as a consulting executive chef at the Sugar Bay Resort and Spa in St. Thomas in the U.S. Virgin Islands. Chef Ron has prepared amazing meals for President and First Lady Obama, Jay Z and Beyonce’, Usher and many more. 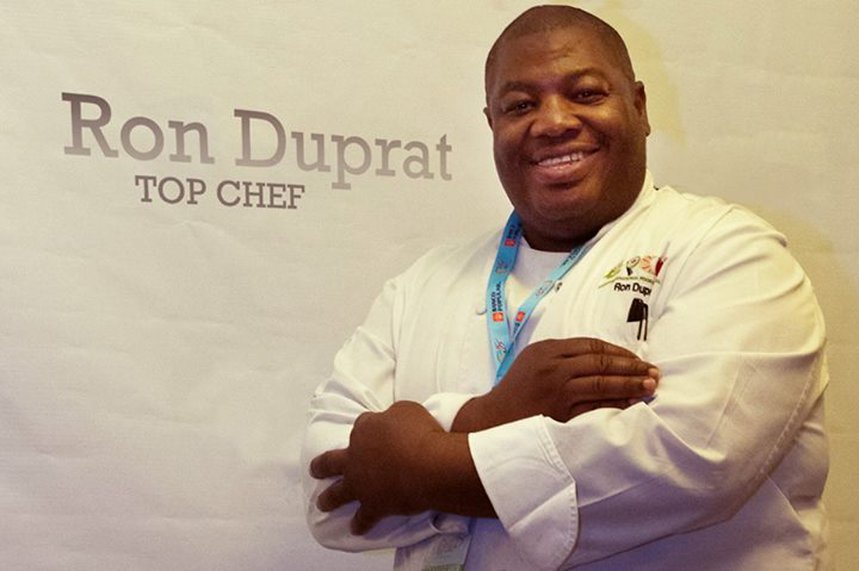 Chef Ron is a Caribbean Black Elk Ambassador at Black Elk Wine and former Secretary of State Hillary Rodham Clinton named him a “Culinary Ambassador”.   Recently, the HuffingtonPost named him as one of the “10 Black Chefs That Are Changing the Food World as We Know It” and the Washington Post company’s TheRoot.com included him in a list of the “How 12 Black Chefs Cooked Their Way to the Top of the World” along with Marcus Samuelsson, G. Garvin, B. Smith and Tre Wilcox.