Jean Michel Basquiat is being honored this year in the Black History month as an influential human being an artist. Jean Michel was born in Brooklyn from George Basquiat, Haitian, and a Puerto Rican decent mother. His style was: Graffiti, street art and, primitivism. He knew since a child, that he was going to be famous one day. Basquiat art is publicly exhibited for the first time in the “ Time Square show”. He died in August 1988, in Manhattan, to drug intoxication, he was only 27 years old. Basquiat’s collections are in the USA, Canada, Europe and, Asia. In 2017, his painting was auctioned off at $110.5 million sold by Sotheby’s in New York. His painting is the most expensive work by an American artist 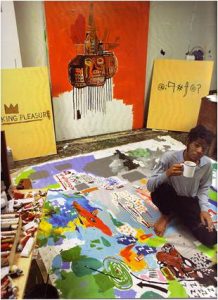