Recent research shows that eating spice foods once or twice a week might extend your life span, and people who ate them even more often had lower rates of heart respiratory disease.

Hot, hot, hot foods are the focus of new research released this week suggesting that eating fiery ingredients such as chili peppers may do more than burn your tongue. These foods may help you live longer.

Dr. Mercola said “Heart disease is the leading cause of death in the US, so any foods that support heart health are worthy of more than a passing glance. Spicy foods, particularly chili peppers, certainly fit this bill.

Another major killer, cancer, is also affected by capsaicin in hot peppers. Capsaicin has been shown to activate cell receptors in your intestinal lining, creating a reaction that lowers the risk of tumors.

Mice genetically prone to develop tumors had reduced tumors and extended lifespans when fed capsaicin, and the researchers believe the compound may turn off an over-reactive receptor that could trigger tumor growth.

Capsaicin has both antioxidant and anti-inflammatory properties and has even shown some promise for cancer treatment. Research has shown, for instance, that capsaicin suppresses the growth of human prostate cancer cells while leaving normal cells unharmed.

In one study, about 80 percent of the prostate cancer cells in mice were killed by capsaicin, while treated tumors shrank to about one-fifth the size of untreated tumors.

In one study, about 80 percent of the prostate cancer cells in mice were killed by capsaicin, while treated tumors shrank to about one-fifth the size of untreated tumors.6

It’s thought that the activation of TRPV1 may again be responsible for some of capsaicin’s anti-tumor effects, especially in the intestines.7 As noted by Prevent Disease:8

“The scientists discovered that TRPV1 works as a tumor suppressor in the intestines through a ‘feedback loop’ with the epidermal growth factor receptor (EGFR), reducing the risk of unwanted growth.”

Capsaicin has also been shown to be effective against breast, pancreatic, and bladder cancer cells, although you’ll likely need to eat large amounts of capsaicin regularly to get such benefits (such as three to eight habanero peppers a week).

Part of the benefit may be due to capsaicin’s heat potential, as it is a thermogenic substance that may temporarily increase thermogenesis in your body, where your body burns fuel such as fat to create heat, with beneficial impacts on your metabolism and fat-burning potential. It stimulates brown fat, for instance, a type of fat that generates heat by helping you burn calories, which is why it’s being explored as a tool for weight loss, healthy metabolism, and more.

Research suggests that consuming thermogenic ingredients may boost your metabolism by up to 5 percent, and increase fat burning by up to 16 percent.12It may even help counteract the decrease in metabolic rate that often occurs during weight loss. 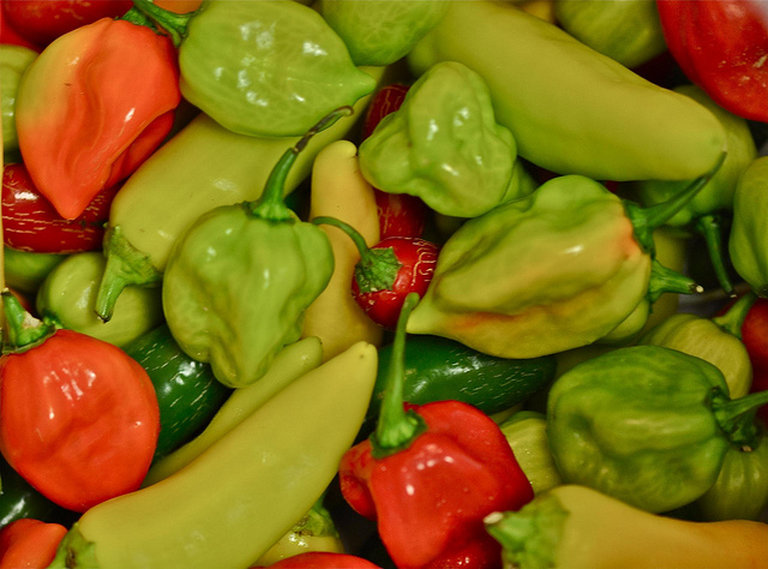 Capsaicin Is an Excellent Pain Reliever

Capsaicin is not only a potent anti-inflammatory, which is useful for many types of pain, but also it provides pain relief by depleting your body’s supply of substance P, a chemical component of nerve cells that transmits pain signals to your brain. It also works by de-sensitizing sensory receptors in your skin. This is why it’s often used in topical pain-relieving creams and patches. It’s actually the very intense burning sensation that, ironically, ultimately relieves pain. Gizmodo explained:

“Applied externally, chilies cause a sensation of burning, as capsaicin activates TRPV1 in nerves in the skin. But, if exposed to capsaicin for long enough, these pain nerve cells will become ‘exhausted’, having depleted their internal chemical stores.

In one study, a man with persistent pain due to wounds from bomb explosion experienced an 80 percent reduction in pain symptoms after using a capsaicin (8 percent, known as high concentration) patch.

Topical treatment with 0.025 percent (low concentration) capsaicin cream has also been found to relieve pain associated with osteoarthritis, with 80 percent of patients experiencing a reduction in pain after two weeks of four-times-daily treatment. 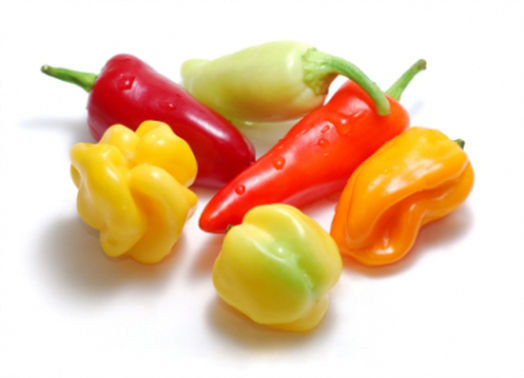 When Spicy Foods Should Be Avoided

You might want to wrap up your spiciest meals well before bedtime, as spicy foods before bed can give you indigestion that makes it nearly impossible to get a good night’s sleep. Even if you can eat spicy foods without discomfort, they are still linked with more time spent awake during the night and taking longer to fall asleep.26 It’s speculated this may be due to capsaicin affecting sleep via changes in your body temperature. Spicy foods may also irritate your bladder if you’re in the midst of a urinary tract infection (UTI), so you may want to hold off until you’re healed.

As for the notion that you should avoid spicy foods if you’ve got stomach issues, this is a myth – hot chilies may actually be protective. Not only have chili peppers been found to reduce the risk of stomach bleeding in people taking non-steroidal anti-inflammatory drugs (NSAIDs) like aspirin, but eating them daily may also significantly reduce your risk of peptic ulcers.27 So if you enjoy them, there’s no reason not to indulge.

No Older Articles
Next Article