Running for your life: Depression and Exercise

What is the disadvantage of Green Tea?

The year of Blessings

All we want for Christmas is love

Dating in your Fourties, what you need to know

Vanessa Bateau is the child of Haitian immigrants. Her new short film, Hidden Pearls, in collaboration with 15L Productions, explores her own family history and documents her first trip to Haiti where she uncovers some of the country’s history, culture, struggles, and natural beauty.

Bateau’s parents met, married, and eventually raised their three kids in Brooklyn, NY. Although they often spoke Haitian Creole at home, we learn in the film that, upon advice from Bateau’s school, they refrained from teaching her the language. This hasn’t stopped Bateau, however, from maintaining and cultivating her Haitian-American identity as she has grown older. 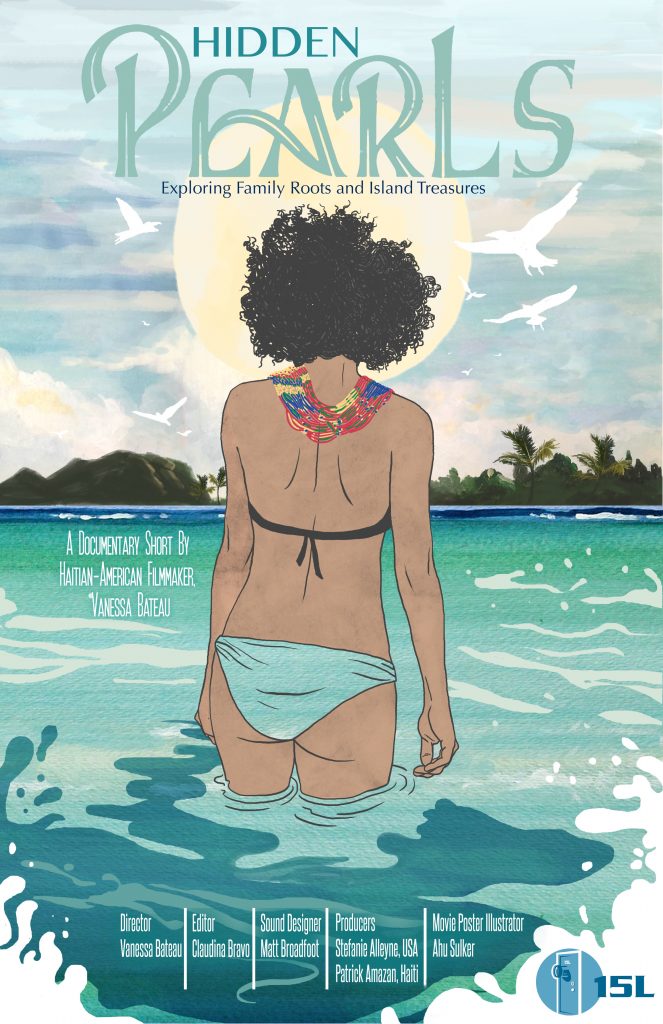 In high school, she befriended a number of Haitian-American students, who taught her some of the language she missed out on learning. At Brooklyn College, Bateau entered the Annual Miss Haiti Pageant. She placed first runner up and from there, was recruited by one of its judges to enter Haiti’s Miss Citronnelle Pageant. This she did, hoping not only to win, but to gain more knowledge of Haiti as a whole. Hidden Pearls follows Bateau on her quest.

Unlike your average American beauty pageant, Haiti’s Miss Citronnelle Pageant requires participants to demonstrate an in-depth knowledge of their country’s traditions, history, and present day circumstances. Miss Citronnelle contestants attended workshops on such things as Haitian folklore, the country’s battle for independence, and independence day customs. All participants modeled traditional costumes and performed traditional dance. And the final question was anything but easy, asking contestants for the best ways to improve economic conditions in Haiti.

In my interview with her, she explained, “Seeing some of the traditions that were done, and just being immersed in it, inspired me to want to go even further into Haitian culture” she said. “I realized, once joining the pageant, there was a lot I thought I knew just because . . . I was Haitian by association, but then I realized that there’s so much more that I need to learn besides just the language.”

Upon the suggestion of Stefanie Alleyne of 15L productions, Bateau attended a screening of a film called Victorieux ou Mort Mais Jamais Prisonniers, by Haitian filmmaker Mario Delatour, at a Haitian film festival in New York. Said Bateau, “We were just looking for people we could interview to sort of complete the film because there were still parts of Hidden Pearls that were missing.”

Happily, Bateau found something more than an interview subject at the screening. Learning that Delatour had taken about as long to complete his film as it was taking her, she felt that she had happened upon a kindred spirit of sorts. Both film and filmmaker caught her attention, and during the screening’s Q&A portion Bateau asked Delatour to be a mentor. We see her interview with him at his home in Haiti in Hidden Pearls.

In the interview, Delatour provides us with a closer look at Haiti’s struggle for freedom from foreign powers, and his own struggle to cultivate a culture of cinema-going in Haiti. In our interview, Bateau elaborated on the place of the cinema in Haiti, “Haiti is a poor country where . . . if someone has the opportunity to pay for something, they may not think of something pleasurable first before the essentials . . . . But I do have hope that eventually something will turn around . . .”

Haiti’s natural beauty is also captured in Hidden Pearls. Bateau travels with her cousin to the town of Jacmel, and is led on by local guides down long and winding dirt paths to the beautiful Bassin Bleu. The only thing marring the extraordinary scenery, was the tour guide’s somewhat disorganized and off-putting operation.

​When Bateau was asked at the Miss Citronnelle Pageant what she thought would most improve the economic conditions in Haiti, her answer was: Education. Using her experience with the tour company she encountered as an example, Bateau explained a little bit of what she meant.  “I’m a firm believer in, not only education, but training . . . hands-on professional training courses like internships or externships where you can actually gain the experience that you need . . . . [W]ith tourism, you need to have social skills. You need to know what makes someone feel warm, feel comfortable, and part of that is looking like you have everything together, . . . [such as] matching shirts with your names on it. Introduce yourself, so someone doesn’t feel like they’re about to be taken somewhere dangerous and never come back out.”

Bateau’s frank words are rooted in the hopes of improving Haiti’s tourism industry and economy, while developing international appreciation for a poor country that is nevertheless rich in heritage and natural beauty.

When I asked Bateau what she hopes viewers will gain from her film, she replied, “I hope that this film reaches, not only Haitian-Americans or those with close ties to Haiti, but also people who may not be familiar with Haiti and may not know the history or the story behind Haiti, but just. . . associate Haiti with what they may see on mainstream media, which doesn’t seem to be the most positive images.” She went on to say, “Have compassion, do research. . . possibly take a trip to Haiti because there are some beautiful hotels and places that you can really enjoy . . .”

Go to www.elinefleurytv.com to see the trailer.