Georges Vilson, eminent Haitian singer and archivist of traditional Haitian folk and Vodou music, and Michael DeVellis, composer, producer and multiinstrumentalist, are proud to present the release of their CD: “Haiti In A Classical Mood.” 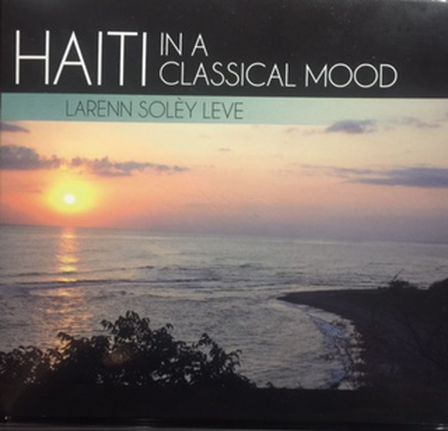 “Haiti In A Classical Mood” is an arrangement of traditional Haitian music and sacred Vodou hymns set in classical form. Every song carries a narrative, history, and a distinct vernacular of a spirituality only found in Haiti. These ten tracks were chosen from Vilson’s first book, KANDELAB: 101 Notated Haitian Folk and Vodou Songs (Vol. 1) – a series which contains popular Haitian folk and Vodou songs transcribed in conventional music notation.

“The Kandelab” series are a great contribution for the preservation of Haiti’s cultural heritage. These series continue to illustrate the richness and the authentic flavor of the music of the peasantry, the real reservoir of our throbbing links to Mother Africa.” – Professor Lionel Legros (Kingsborough Community College) Upon the completion of this book, Vilson sought to bring these treasured melodies into a different setting. He enlisted friend and colleague Michael DeVellis to compose works for a full orchestra. Using Vilson’s transcriptions, DeVellis set out to bring these pieces to the orchestral realm. The result – a fusion of Haitian lullabies, folk and Vodou music with Classical and Jazz influences. Vilson published a second book, KANDELAB: 102 Notated Haitian Folk and Vodou Songs (Volume 2) in 2015, and, like his first book, it is accompanied by a 4 CD box set. Vilson was born in Port-au-Prince, Haiti. He holds a BFA in music performance, a Master’s Degree in Education and is a 22 year veteran music teacher at James Madison High School. DeVellis has been making music professionally for 20 years. He holds a BA and Master’s Degree in music and Orchestration for Film and Television, and is the band director at James Madison High School.