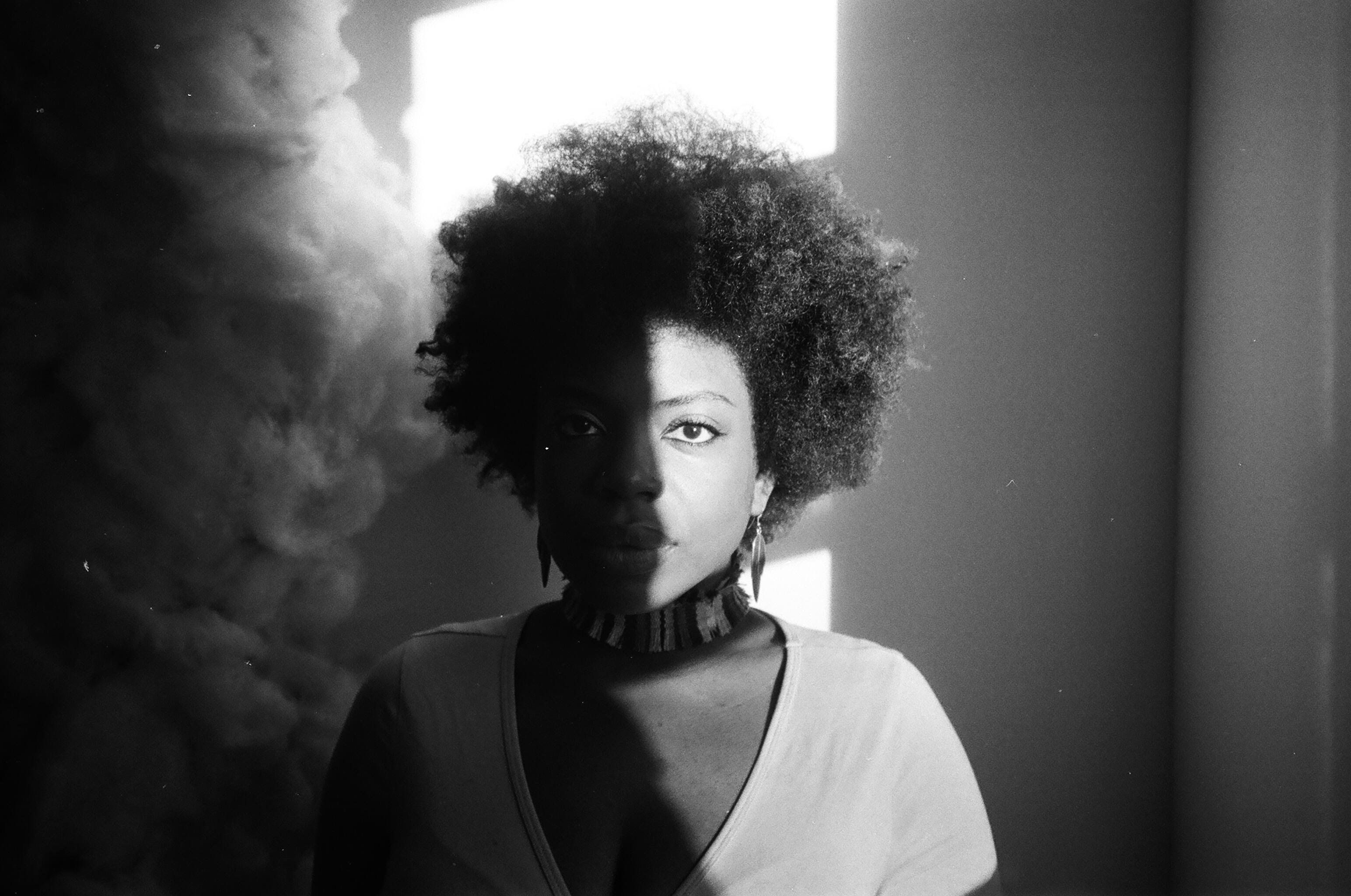 Photo credit: WIMPY AF
Melanie Charles could be heard humming when she was just a baby in Brooklyn, NY. Her mother knew that she would become a singer. Jazz formed the early foundation of Melanie’s music education as her mother frequently turned on the tunes of Frank Sinatra, Tony Bennett, Nat King Cole, and Sarah Vaughan at home.
As she grew, Melanie continued to learn more about music in school. She attended a specialized junior high school where, to her initial disappointment, she was assigned to play the flute.
Charles recalled, “I got into band . . . I did a competition the first week of school, but missed the week that you could choose your own instrument. And so they were like, “O.K., you’re playing flute.” I was so mad. I wanted a loud instrument. I wanted trumpet. I wanted saxophone. But, you know, the flute chose me, and I’m really happy. It’s turned out to be like an extension of me.”
​​

Melanie went on to study at LaGuardia High School where she majored in flute and took classes in opera. After graduating high school, she attended the New School where you might say Melanie returned to her roots—in two ways. There, she studied vocal jazz, expanding her knowledge of the music she had first listened to as a child. At the New School, Melanie also met a Haitian pianist who, in 2007, recommended her for a gig at S.O.B’s where she sang her first song in Creole. This performance marked her entrance into the Haitian art world.
Since then, Melanie has performed in the Haitian Women in Jazz Festival in 2009 alongside the legendary Emeline Michel and Pauline Jean. She has also shared a bill with such artists as Mushy Widmaer, Bonga and the Vodou drums of Haiti, Rigaud Simon, and Mozayik. She has performed multiple times with Haitian Jazz and Roots saxophonist Buyu Ambroise and is featured on the track, “Vacance,” off his album, Jazzpora. Melanie also had the honor of singing the Haitian National Anthem at the Donna Karan Urban Zen fundraiser where President Martelly, Wyclef Jean, and many Haitian and American dignitaries were in attendance.
Today, Melanie’s music is an eclectic combination of sounds that is an outgrowth of the many types of music she has been exposed to throughout her life. Her most recent album, The Girl with the Green Shoes (2017), she describes as a “sonic collage.” Her distinct way of melding genres and sounds is a practice that she ties to both her generation and her Haitian identity.
Melanie explained, “ . . . Going back to what it means to be a Haitian artist—we have so many layers. I studied Jazz, and there are a lot of rules in Jazz . . . which is important, and I respect that, and I honor that . . . But what does that sound like in 2017? Where do we take that? Anyone who’s born in the ‘80s and ‘80s on is influenced by many things. It’s no longer, “I just listen to Pop”, or, “I just listen to Jazz.” No, you’re most likely listening and you’re influenced by so many things . . . And I wanted to make music that reflected that . . . ”
Melanie stays curious as she adds to, mixes, arranges, and rearranges the many layers that make up her music, each one re-emerging from the group enhanced by the others. Melanie spoke quite eloquently about her recently rekindled passion for the flute.
​​ 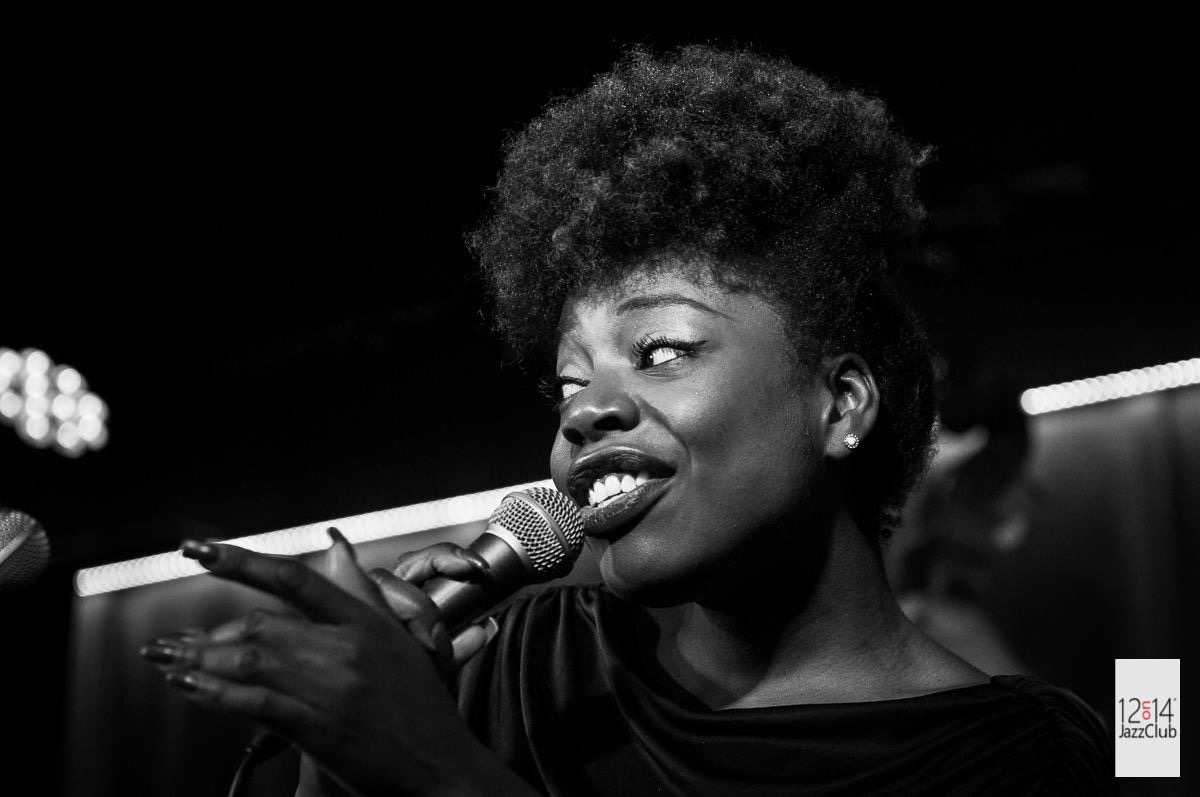 She said, “ . . . [T]he past 3 years I have been incorporating the flute more in everything that I do, sort of as a color. I tell people, ‘I’m not a flute player. I play colors on the flute’ . . . [I]t’s light. It’s like a voice . . . It can be many colors, depending on the song, depending on the rhythm, depending on how I’m feeling . . . Sometimes words don’t really make it. It has to be only just a note that can really deliver the message.”
Once a disappointment, the flute has developed into a beautiful tool with which Melanie Charles paints her songs, songs that are rooted in the American music she grew up with and the Haitian culture that is her legacy and something she is actively learning more about.

KAI and Harmonik at the Marriot