Singer Yole Dérose holds an important place in the hearts of the Haitian people, and earlier this month an event was held in her honor in OLM Auditorium at the Fr. Simonetti Parish Center of Brooklyn’s Our Lady of Miracles Church.

Yole’s brother was the first guest to speak and in his speech expressed deep feelings of love and respect for his sister. He referred to Yole as his “shining star,” while also recounting the first time he heard her voice on the radio as “a rising star” in the music world and recognizing her as a talent who is today “shining down onto younger generations.”

A short biographical video came next, which followed Yole’s life and career with her husband and legendary singer Ansy Dérose and through her solo career and up to her current work teaching dance to young people in Haiti. 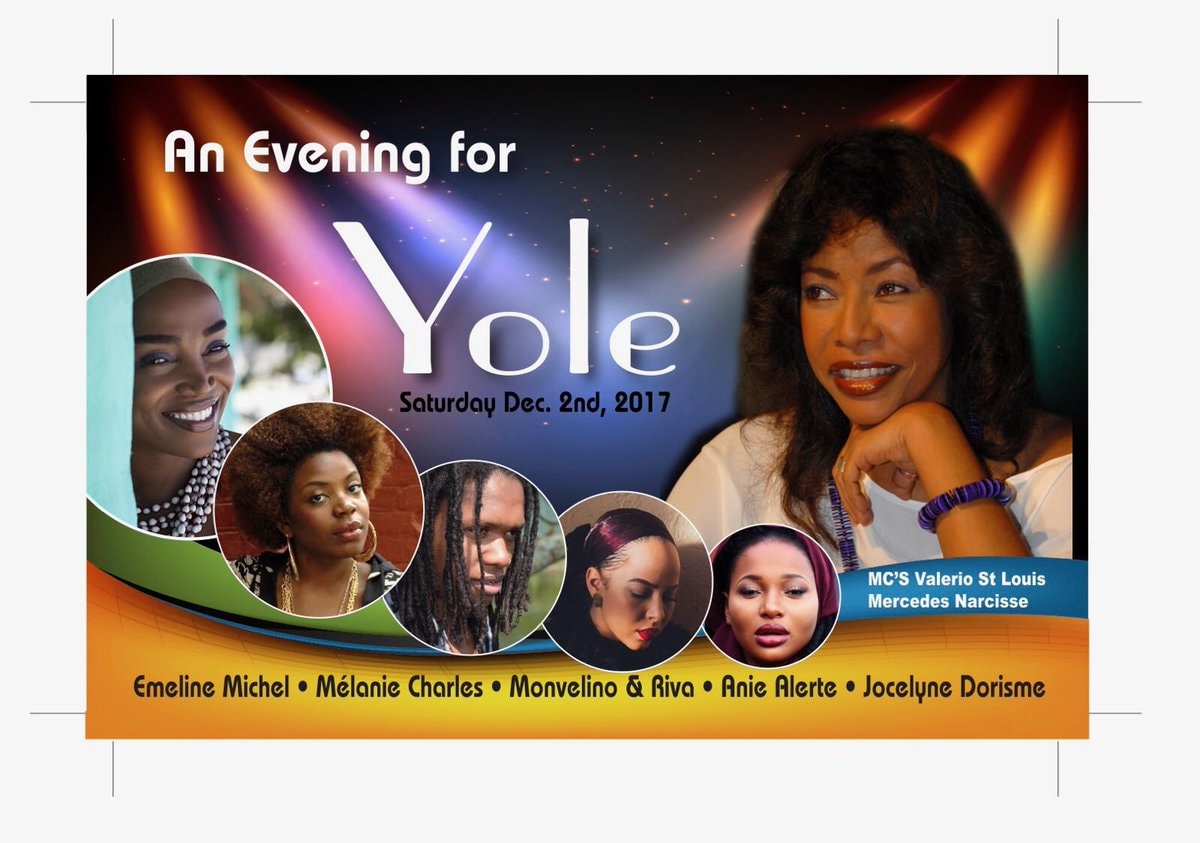 Several noted artists then began taking the stage to pay tribute to the guest of honor. First up to perform was Brooklyn’s own star on the rise, Haitian-American singer and flutist Melanie Charles. Charles, known to her friends as Mel, told me about the first song of the evening, “[It’s] an original song of mine, that I wrote many years ago actually. And it’s a very special song to me because I wrote it in English, and my mom wrote the French translations for me. And I felt like it was in alignment with what Yole’s music is about—a song about love and having that deep connection with someone and comparing that with how music makes you feel.”

Charles’ second song was an original arrangement of a traditional Haitian folk song, which was followed by powerful performances from guitarist and singer Monvelino, singer and dancer Riva, singer Joceline Dorisme, and, last but not least, the legendary Emeline Michel who sang Yole’s Mon Amour and Tonton Nwèl Cheri.

I had the opportunity to speak with Michel about the love and gratitude she feels for Yole, both as an artist and a personal friend, “Yole, for me, she’s been a long-time friend. She saw me at my very beginning, and she opened a lot of doors. She had to go to my family to ask for them to let me out for rehearsal, and she sent a driver regularly to pick me up. So, for me, it’s a sacrifice. It’s out of love and seeing a talent in you and wanting to give you space to grow, so I will be forever grateful for her. She’s part of the fact that I’m on stage. So, for me, there is no time that they will be honoring her, and I will not be present.”

Charles, who confessed to only recently learning of Yole’s music, said that she fell in love with the song of Yole’s she performed later in the evening, Lontan Lontan, the minute she heard it and will be adding it into her regular repertoire. She will also be including more traditional Haitian rhythms and melodies into Part 2 of her album, The Girl with the Green Shoes (2017), and will be traveling to Haiti later in the month to learn more about her culture.

Speaking of Yole’s recent influence on her, Charles said, “As I’m learning about her, so many questions have been answered, and I understand myself even more. . . I’m inspired by the fact that she’s a true artist, artist, artist. She’s of that life, and so am I, and sometimes I’m conflicted because there are so many layers to it. And being raised in America, I feel the pressure to conform and sort of choose one thing. But studying Yole and seeing how she’s not restricted by that, and she is O.K. with going through different forms of art—now she does interior design and she opened a dance school in Haiti. That is super inspiring, and that is at the core of Haitian culture really, so I’m really happy to be getting closer to that.”

As Yole’s brother shared at the beginning of the evening, Yole’s influence is a powerful force, which shines down on generations of singers throughout the Haitian diaspora who are thankful for her music, what she has taught them, and her inspiration.

Where to dine Haitians #2

Where to Dine Haitian Cuisine #3