Royal Caribbean’s Freedom of the Seas cruise ship canceled its planned visit to the Haitian cruise port of Labadee, citing “political protests in the area.”

The cruise line pointed to a video on Facebook that showed the ship docking at Labadee but met by a group of protestors staging demonstrations in small boats.

“This caused Freedom of the Seas’ captain to decide not to let passengers off the ship,” the company said in a release. 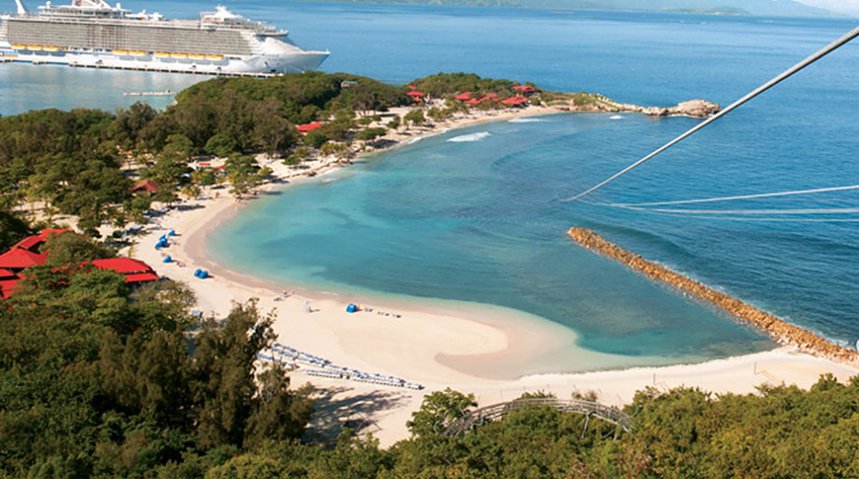 The company said the protests appeared to be “a result of local elections.”The ship remained at sea and called on Falmouth, Jamaica next.“We will continue to closely monitor the situation and are in close communication with local and government officials in Haiti,” the company said.

In a statement from the office of Prime Minister Evans Paul, the country’s government said it strongly condemned the incident. “The situation provoked unnecessary tension for visitors/cruisers exploring the site during the incident,” the government said, noting that it had already “taken necessary measures to remedy the situation caused by these protests.” “Government officials have already planned to meet and entertain dialogues with the residents of Labadee,” the government said. “We would like to reassure our most prestigious cruise-ship partner Royal Caribbean that we are taking every measure possible to secure the area and resume all touristic activities.”

Royal Caribbean has had the Labadee port in Haiti since 1986.

"Haiti In A Classical Mood"

HAITI NEEDS TO BALANCE THE HARD SCIENCE WITH THE SOFT SCIENCE